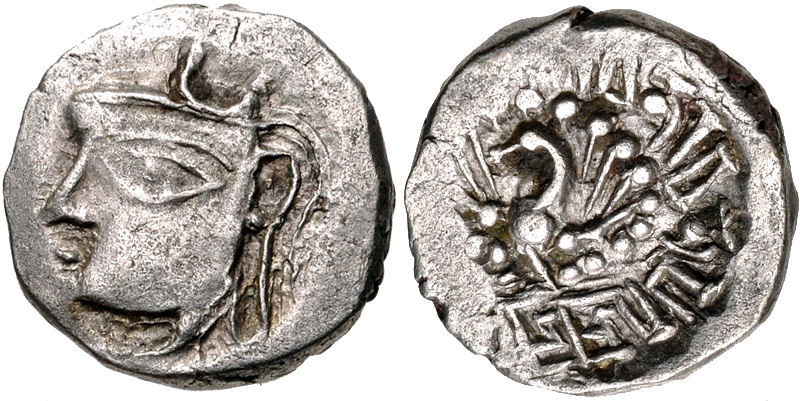 Harshavardhana (IAST Harṣa-vardhana; c. 590–647 CE) was a Pushyabhuti emperor who ruled northern India from 606 to 647 CE. He was the son of Prabhakaravardhana who had defeated the Alchon Huna invaders, and the younger brother of Rajyavardhana, a king of Thanesar, present-day Haryana.

At the height of Harsha's power, his territory covered much of north and northwestern India, with the Narmada River as its southern boundary. He eventually made Kanauj (in present Uttar Pradesh state) his capital, and ruled till 647 CE. Harsha was defeated by the Emperor Pulakeshin II of the Chalukya dynasty in the Battle of Narmada, when he tried to expand his empire into the southern peninsula of India.

The peace and prosperity that prevailed made his court a centre of cosmopolitanism, attracting scholars, artists and religious visitors from far and wide. The Chinese traveller Xuanzang visited the court of Harsha and wrote a very favourable account of him (as Shiladitya), praising his justice and generosity. His biography ''Harshacharita'' ("Deeds of Harsha") written by Sanskrit poet Banabhatta, describes his association with Thanesar, besides mentioning the defence wall, a moat and the palace with a two-storied ''Dhavalagriha'' (white mansion). Provided by Wikipedia