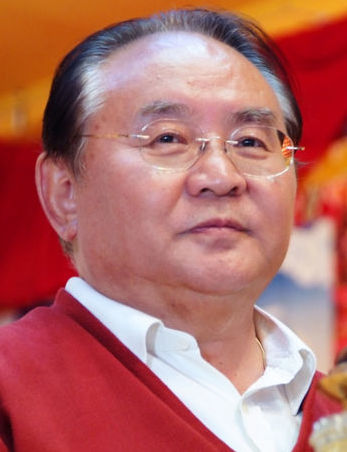 Sogyal Rinpoche (; 1947 – 28 August 2019) was a Tibetan Dzogchen lama. He was recognized as the incarnation of a Tibetan master and visionary saint of the 19th century, Tertön Sogyal Lerab Lingpa. Sogyal Rinpoche was the founder and former spiritual director of Rigpa — an international network of over 100 Buddhist centres and groups in 23 countries around the world — and the author of the best-selling book ''The Tibetan Book of Living and Dying'', which has been printed in 30 languages and 56 countries. Before his retirement, in the wake of abuse allegations in 2017, he had been teaching for 40 years in Europe, America, Asia and Australia.

Sogyal Rinpoche had been accused of sexual and physical assault and abuse, as well as misusing charitable funds, with allegations stretching back to the 1970s. In 2017, Rigpa announced these allegations would be investigated by an outside party and a report has now been published, upholding most of the allegations. Sogyal Rinpoche did not respond to the report but stated that "I am clear in my own mind that I have never, ever, acted towards anyone with a motive of selfish gain or harmful intent." Provided by Wikipedia